Let's take a look at the current ratings for The Walking Dead. 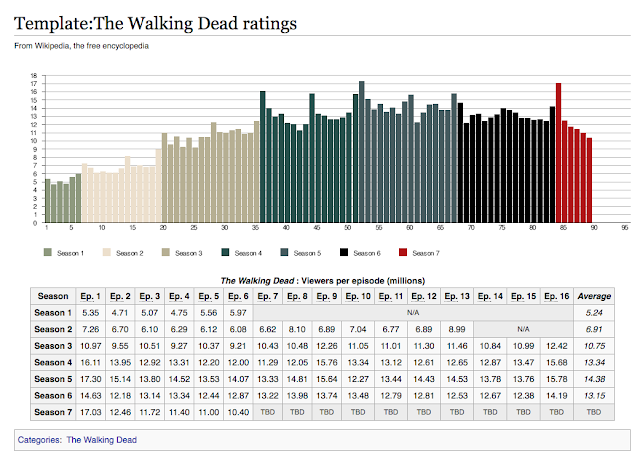 If you just look at these numbers alone, we are looking at viewership a decline of millions of viewers.

Now that's a scary number.  Millions of anything is a lot of anything.  No matter how you look at it, millions is a big number.

However, lets compare these numbers to a few others.  This way we can get a base for comparison. 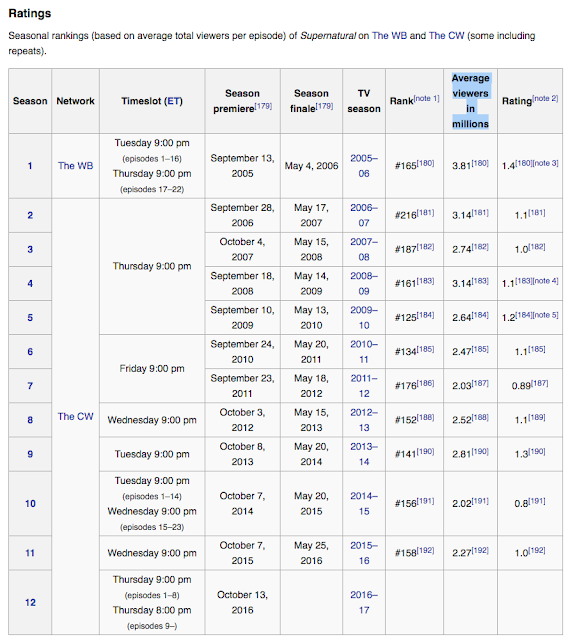 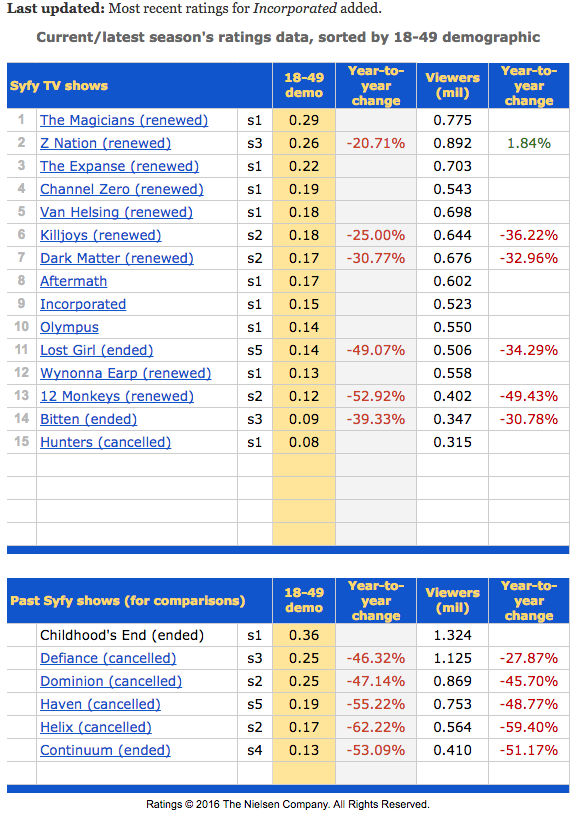 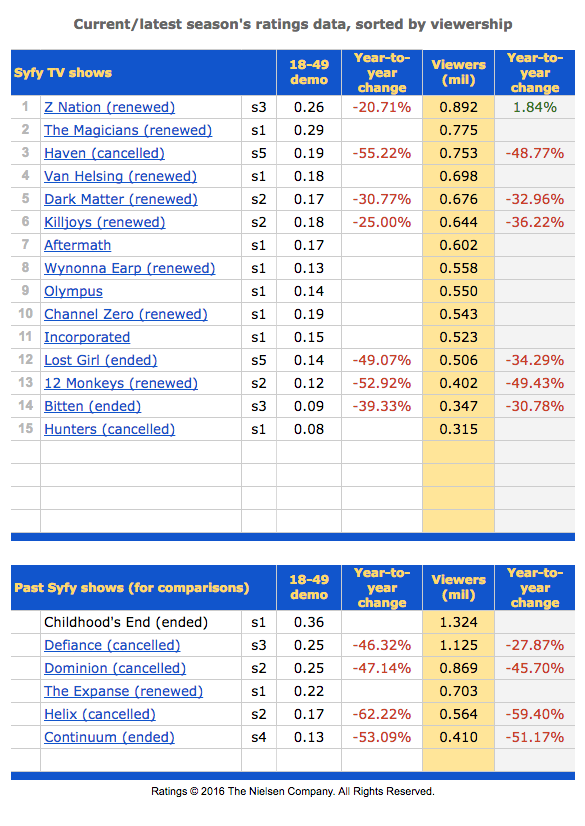 The numbers, in my opinion speak for themselves.  With a simple Google Search, I found shows that were similar to TWD.  None of these shows compared, in viewerships to The Walking Dead.  Keep in mind, I am not talking about how one show is better than the other.

Lets check out some other AMC shows


Now that we have a few things in perspective, lets go back to the current season 7 of TWD 12 million viewers.  Compared to both similar shows and other shows on the same AMC network, TWD is ahead in view by leaps and bounds.

However, we all know that the true bottom line for a show is money.  Does it produce more than it costs?

Back in 2013 WetPaint released a few specifics about the profit AMC makes from TWD.  Basically, the cost of the show then ran about $2.75million per episode, however the profits from the commercials after costs, AMC still made approximately $8million per episode.

I know that I get annoyed with all the commercials that AMC stuffs into a show, but if it keeps my beloved TWD alive, AMC keep packing them in.

It is just my opinion, but it seems to me that TWD has a long way to fall before AMC considers cutting the show off.

Would love to hear your opinions and comments!


at December 02, 2016
Email ThisBlogThis!Share to TwitterShare to FacebookShare to Pinterest